WE’RE OUT OF WHAT? 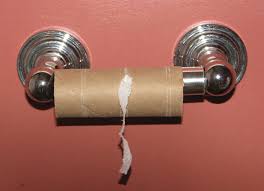 (NEWSER) – Amid milk and coffee shortages, Venezuela is now facing a sanitary crisis: There’s not enough toilet paper to go around. “I’m 71 years old, and this is the first time I’ve seen this,” said one man shopping for the stuff. “This is the last straw.” Another shopper said she’d “been looking for it for two weeks.” The government says it’s the opposition’s fault, and it plans to import 50 million rolls, as well as 760,000 tons of food. “We are going to saturate the market so that our people calm down,” says commerce minister Alejandro Fleming.

State price controls are to blame, economists tell the AP. “Prices that are set below market-clearing price always result in shortages,” says a Johns Hopkins professor. “The shortage problem will only get worse, as it did over the years in the Soviet Union.” With too little foreign currency, companies have struggled to pay for outside supplies, leaving factories to run at just half capacity. But the commerce minister points the finger at “a media campaign that has been generated to disrupt the country,” leading to “excessive demand.”

TO KEEP ILLEGAL ACTIVITIES AT BAY

NEWSER) – Brazil’s border is pretty mammoth (here’s a visual reminder), and a growing economy has made illegal activities (chief among them illegal immigration) an equally growing concern. But the country has a plan: a 10,000-mile fence … except that this one is virtual. For reference, America’s southern border is only about 20% as long. The Sistema Integrado de Monitoramento de Fronteiras (aka Sisfron) will take a decade and some $13 billion to erect, and as NPR explains, it’ll be a mix of satellites, drones, electromagnetic signaling, and an element that sounds fairly corporeal to us: an increased army presence.

The country’s border touches that of 10 other countries. The portion touching Bolivia (a major cocaine producer) and Paraguay (which attracts black market items) will be tackled first, and Brazil is currently amassing supplies, reports UPI. But some people are sour on the plan, and with a potentially valid reason: Only about 20% of Brazil’s border is, in NPR’s word, “accessible,” due to the country’s rivers, marshland, and Amazon forest.

World to Get Its Tallest Dam

1,030-FOOTER GETS OK FROM ENVIRONMENTAL MINISTRY

(NEWSER) – The title of world’s tallest dam may shift to a new country in a decade’s time. Plans for a 1,030-foot dam—45 feet taller than the current title holder, Tajikistan’s Nurek dam—have gotten the green light from China’s environmental ministry. The $4.4 billion dam would enable a hydropower project earmarked for Sichuan province and produce twice as much energy as the Hoover Dam. True to form, the OK came even as the ministry admitted that the dam would deal a blow to rare or threatened fish and plants, according to state-run media.

The ministry proposed some measures to combat the potential harm, including “protecting fish habitats in tributaries, building fish ladders, and increasing fish breeding and releasing … as well as constructing seed banks.” The Guardian notes that critics fear this and other dams’ impact on the area’s earth: It’s prone to earthquakes and landslides.