Author’s Commentary: The Burning Man is an annual event held in Black Rock Nevada.  This year the main exhibit will be an Ape like creature in a cage with Artificial Intelligence which will “SCAN” people as the go by the cage.  It will interact with them based on moods, conversation, movements and more established within the program written for this AI.  Creepy at best and I think this tops the event since its birth in 1986 by Larry Harvey.

Creepy crawly stink buts have also joined this free for all event. 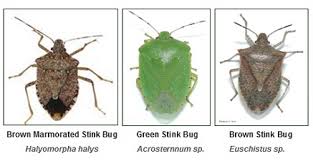 So what spiritual ramifications could ensue this open 2015 Burning Man event?

THE SPIRIT OF PHARMAKEIA Psychedelics and Party Time at The Burning Man Event

Author’s Commentary:   You will notice during the video the young lady mentions someone was brought in handcuffs and they spent 20 hours caring for this one individual.  Depending on the individual and any past experiences he/she have encountered in their life could be brought to the surface in some emotional state as a result of a drug(s).  Let’s get this straight:  attendees to the festival get high on drugs to “enhance” their experience and to “raise” their “conscious awareness” to feel less inhibited and free flowing to do things they might not normally do!  Is that right?  Zendo volunteers step in to help the person thru their experience (not guide), create a safe environment, talk through (not down) and difficult is not bad.   Hmmm, so first we legalize pot for medical and “recreational” use and now a safe haven for psychedelic drug usage at a public event!  To quote the young lady in the video for the Zendo Project:

“Together, we can create a model for a post-prohibition world, where psychedelic harm reduction is an integral part of festival health and safety infrastructure.”

Leviticus 19:31 – Regard not them that have familiar spirits, neither seek after wizards, to be defiled by them: I [am] the LORD your God.

Galatians 5:19-21 – Now the works of the flesh are manifest, which are [these]; Adultery, fornication, uncleanness, lasciviousness,   (Read More…)

Leviticus 20:27 – A man also or woman that hath a familiar spirit, or that is a wizard, shall surely be put to death: they shall stone them with stones: their blood [shall be] upon them.

Leviticus 20:6 – And the soul that turneth after such as have familiar spirits, and after wizards, to go a whoring after them, I will even set my face against that soul, and will cut him off from among his people.

Isaiah 8:19 – And when they shall say unto you, Seek unto them that have familiar spirits, and unto wizards that peep, and that mutter: should not a people seek unto their God? for the living to the dead?

2 Chronicles 33:6 – And he caused his children to pass through the fire in the valley of the son of Hinnom: also he observed times, and used enchantments, and used witchcraft, and dealt with a familiar spirit, and with wizards: he wrought much evil in the sight of the LORD, to provoke him to anger.

1 Chronicles 10:13 – So Saul died for his transgression which he committed against the LORD, [even] against the word of the LORD, which he kept not, and also for asking [counsel] of [one that had] a familiar spirit, to enquire [of it];

Acts 8:9 – But there was a certain man, called Simon, which beforetime in the same city used sorcery, and bewitched the people of Samaria, giving out that himself was some great one:

2 Thessalonians 2:9 – [Even him], whose coming is after the working of Satan with all power and signs and lying wonders,

Ezekiel 13:6-9 – They have seen vanity and lying divination, saying, The LORD saith: and the LORD hath not sent them: and they have made [others] to hope that they would confirm the word.   (Read More…)

1 Samuel 15:23 – For rebellion [is as] the sin of witchcraft, and stubbornness [is as] iniquity and idolatry. Because thou hast rejected the word of the LORD, he hath also rejected thee from [being] king.

Isaiah 19:3 – And the spirit of Egypt shall fail in the midst thereof; and I will destroy the counsel thereof: and they shall seek to the idols, and to the charmers, and to them that have familiar spirits, and to the wizards.

Daniel 2:27 – Daniel answered in the presence of the king, and said, The secret which the king hath demanded cannot the wise [men], the astrologers, the magicians, the soothsayers, shew unto the king;

Deuteronomy 18:11 – Or a charmer, or a consulter with familiar spirits, or a wizard, or a necromancer.

Resource for further study on pharmakeia!

Prayer:  For Godly repentance, turning our backs on God, Jesus, His Holy Spirit and for allowing our nation to get to this point! Lord in your strength and mercy and grace guide to serve you to bring others to the foot of the cross while we even a little time.  In Jesus name.  Amen

LUST OF THE FLESH SADLY CONTINUES!